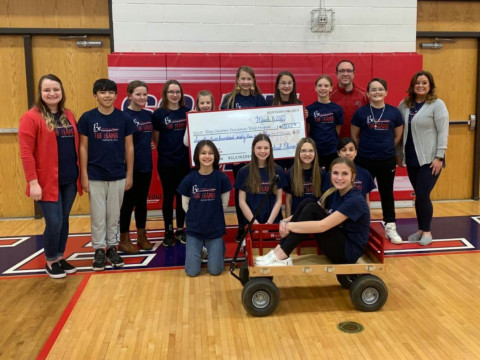 The penny war fundraiser was sponsored by Junior Council members and was held during the month of February. South Central Elementary (and the Corporation) will now be designated as a "Red Wagon School/Corporation" for their fundraising efforts! Additionally, a Red Riley Wagon with a customized South Central license plate will be used at Riley Hospital as transportation for many patients.

As a reward, a school assembly was held and staff received pies in the face. First grade, the winning grade level with the most donations, earned a pizza party and all grade levels earned a movie, popcorn, and candy.
Northwest Health Sports Physicals at SC
Class of 2022 Valedictorian & Salutatorian